What you need to know about GERD and Acid Reflux 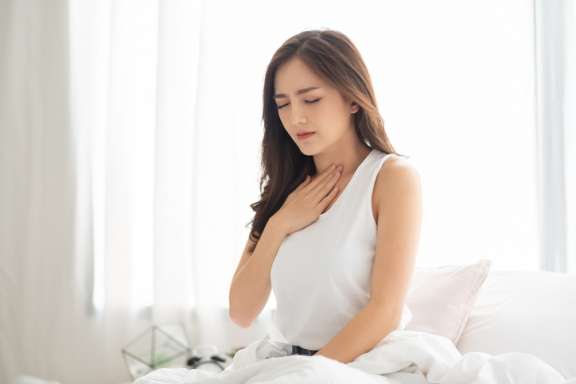 Acid reflux happens when fluid content from your stomach moves up into the esophagus (the tube connecting your stomach and throat). Reflux that occurs occasionally is not a problem. In fact, it's even normal since there's not a complete closure between the esophagus and stomach.

So, you might notice a small amount of fluid might come up after eating meals. However, it becomes a problem when it happens after every meal, daily or even several days out of the week. If this is common for you, you might have a condition known as gastroesophageal reflux disease (GERD). It’s estimated that 25% of the US population suffers from it.

What are the symptoms?

The classic symptom of GERD is burning in the chest, commonly called heartburn. We feel this at the center of the chest. You may feel heartburn moving in an upward direction in your chest, which can sometimes be associated with regurgitation (when a mixture of gastric fluid and sometimes, undigested food rises back up the esophagus and into the mouth). These symptoms typically happen after large meals.

Occasionally, people will have symptoms that are above the esophagus which might include a sore throat, voice hoarseness and coughing. Other times, people may have additional symptoms such as vomiting or difficulty swallowing. Consult your doctor if you’re experiencing these symptoms.

You should also be aware that GERD may present with chest pain. This can mimic cardiac related pain and is typically described as a squeezing or burning sensation. The pain can last anywhere from minutes to hours and typically resolves either spontaneously or with antacids.

The fluid that comes up from the stomach into the esophagus, contains acid which acts as a common culprit for causing irritation to the lining of the esophagus. This causes the discomfort that we often report as burning. Another factor that contributes to the fluid regurgitation is how full your stomach is. If the stomach is full after a large meal, it might cause someone to have a reflux episode. Conditions such as obesity and pregnancy can increase your risk of GERD. Eating large meals or eating late at night, smoking, and drinking certain beverages are factors that may also aggravate reflux.

Sometimes the muscles around the lower part of the esophagus, called the lower esophageal sphincter (LES), are weak and may not function properly. If the sphincter doesn’t tighten or closer properly, contents from the stomach rise into the esophagus.

How can it be treated?

GERD discomfort can be managed with lifestyle changes and over-the-counter medications. Adjusting your diet to smaller meals, with less fatty foods and carbonated drinks could improve your symptoms. However, some people with GERD may require stronger treatment or surgery to relieve symptoms and should consult a doctor.

Finally, it's important to recognize that the medications help remove the acid from coming up, but typically don’t prevent the fluid from coming up. Patients with symptoms such as weight loss, trouble swallowing, vomiting or vomiting up blood may require additional work up from a physician. Talk to your doctor for more information if acid reflux is bothering you.